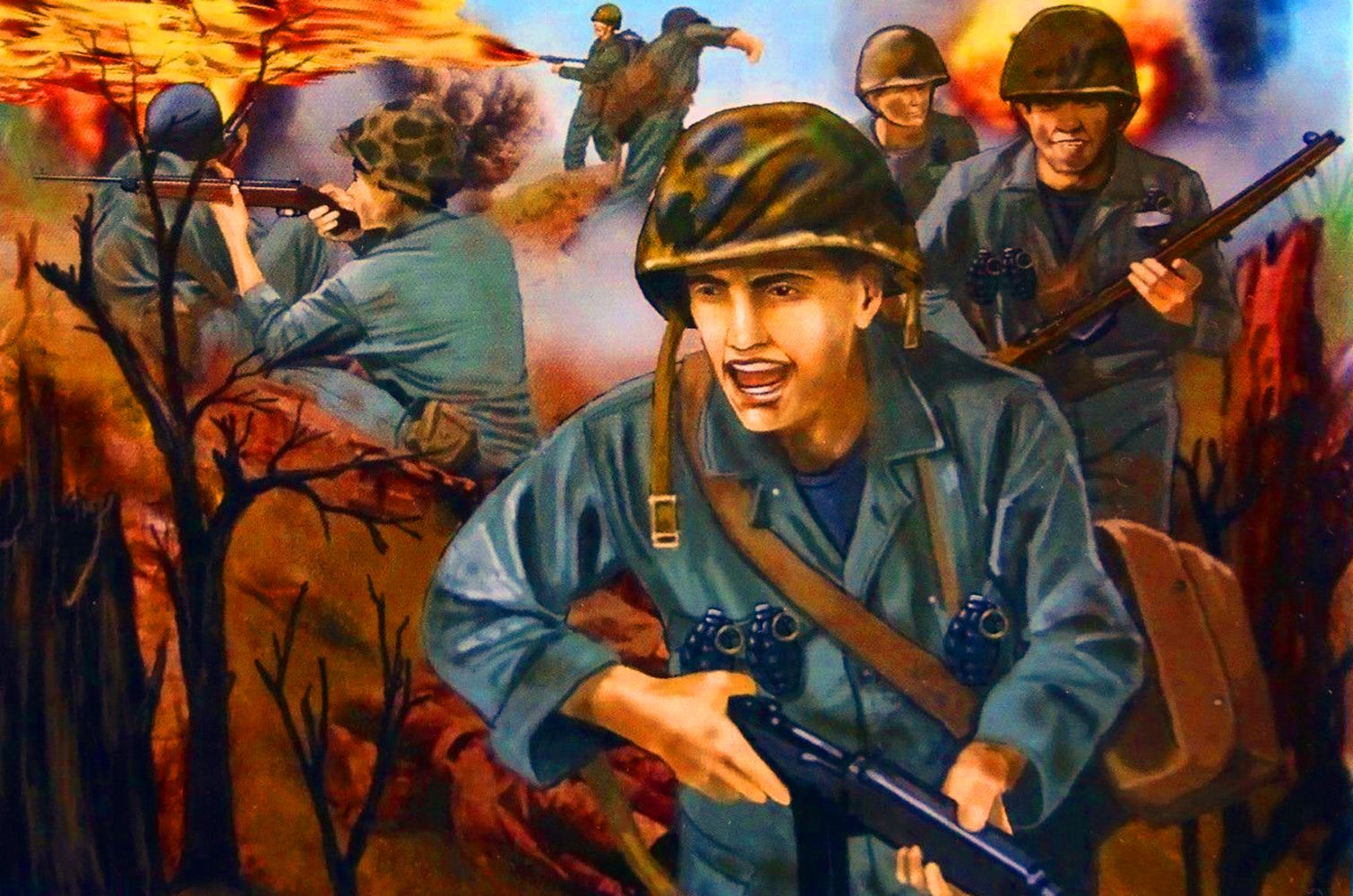 Near the Lincoln Memorial, stands The Korean War Veterans Memorial on The National Mall. On July 27, 1965 the the memorial was dedicated and commemorates the lives of 5.8 million Americans that served during the three year period of the Korean War. Here's more details on the Korean War!

Japan ruled the Korean peninsula until the end of World War II. The United States and the Soviet Union were left with the responsibility of deciding what should be done with Japan’s imperial possessions. In August 1945, two young aids at the state department divided the Korean peninsula in half along the 38th parallel. The Soviet Union occupied the north, while the United States occupied the south. By the end of the decade the region had two new states. To the north, communist leader Kim Il Sung took control with enthusiastic support from the Soviet Union while to the south anti-communist dictator Syngman Rhee took control with reluctant support from the United States. Fights and violence become a regular occurrence as both rulers refused to remain within their borders. This was before the beginning of the war. Nearly 10,000 North Korean and South Korean soldiers were killed during this time.

On June 25, 1950, 75,000 soldiers from the North Korean People’s Army crossed the 38th parallel into South Korea. This was the first military action of the cold war.  The United States joined the war in July 1950, in attempts of defending South Korea and resisting the spread of communism within the region. Fighting was consistent across the border until movement stalled and casualties grew. The United States officials were looking for an armistice to take place with the North Koreans.

5 Things to Known About The Korean War

July 1951, with the war in a stalemate with growing casualties, President Truman and military commanders began peace talks in Panmunjom with North Korea. While a ceasefire was willingly accepted by North Korea, the decision about what would happen to prisoners of war was not. The North wanted prisoners of war to be repatriated while the United States opposed this idea. This conflict resulted in two additional years of war and conflict. An armistice was signed on July 27, 1953. The new boundary was near the 38th parallel but gave South Korea 1,500 square miles more land and created a 2 mile wide “demilitarized zone.”

The Korean War, unlike the Vietnam War and World War II, received very little media coverage, creating the idea of it being considered “The Forgotten War.” More than two million people, half of that being Korean civilians which consisted of 10% of the Korean population lost their lives during The Korean War. The Korean War Memorial in Washington, D.C. honors the nearly 40,000 Americans to perish during the war, along with the 100,000 wounded and the 7,800 still missing. The memorial is intricately designed with a granite wall on one side depicting 2,500 images of servicemen and battle scenes sandblasted into it. Nineteen stainless steel statues are in the center made to look as if they are coming out of the tree line and through the harsh landscape. Their reflections upon the granite wall create the illusion of there being 38 figures to represent the 38th parallel. Along the left side of the memorial is a low lying wall containing the names of all of the countries that had service men sent to aid in the conflict as the first U.N. relief group, and at the top of the memorial is a reflecting pool in honor of those who lost their lives or are still missing to this day.

The “Forgotten War” is no longer forgotten today. Those who gave their lives will be remembered through visits to the memorial in Washington, D.C.  Add this to your itinerary when planning a school trip to D.C!