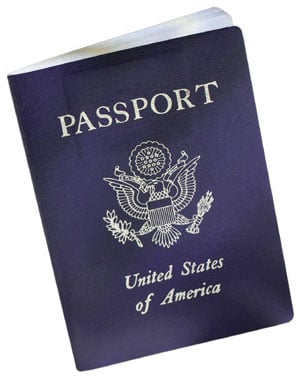 Passport for a School Trip

Passport for a School Trip

The first step to International travel will be to get a passport for a school trip abroad. A journey around the world begins with this document. Whether you travel on an educational tour with your friends and students or on vacation with your parents, your passport will be the witness to many a border crossing.

Passports as we know them today have been in common use in the 20th century but have an older origin traced back to 450 BC.

Appearing in the Bible in the book of Nehemiah. Working as a Royal cup bearer he was granted  letters from the King to requesting of governors of foreign lands to grant  him safe passage - he was originally going to Jerusalem to rebuild the wall. (The Guardian - Leo Benedictus)

The UK Border Agency indicates The passport first made its appearance in the reign of Henry V in the form of a 'safe conduct'. It was used to prove the origins of travelers and is still the case today.  Today in the British passport we can still read the request:

Her Britannic Majesty's Secretary of State Requests and requires in the Name of Her Majesty all those whom it may concern to allow the bearer to pass freely without let or hindrance, and to afford the bearer such assistance and protection as may be necessary.

The US Passport's message:

The origin of the word continues to be debated. Whether it had maritime connections derived from seaports or from a medieval document to pass the door to a walled city or a territory. (gate = porte in French)

The document todays serves to confirm the identity, nationality of the international traveler. It does not give the holder the permission to enter countries as this is a privilege accorded by authorities of each country the equivalent of the US State Department. In certain cases travelers need to apply for a visa that will be attached to the passport confirming for the border patrol  the necessary documentation was provided to allow passage.

According to State Department historians, except for brief periods during wartime, passports were not generally required for travel abroad and few obstacles were presented by foreign states' passport requirements until after 1914. An executive order on Dec. 15, 1915, required every person entering or leaving the United States to have a valid passport. (HowStuffWorks.com)

Until recently, the US and Canada did not need a passport for border crossings. These rules changed after September 2001.

How to get a passport

First time applicants  and if you are under 16 you need to apply in person. This link here will give you more information for this case.

In any case it is a very good investment as it will allow you to go on any international trip in the future and it becomes an excellent souvenir of all the places you have visited during the 10 years you held a passport.

How many stamps do you think you will get in yours?

Most countries require you to have your passport on your person

Losing a passport can be a headache especially if you are abroad. Being prepared for such a case is key.

The State Department advises the following:

For passports lost or stolen overseas, please contact the nearest U.S. Embassy or Consulate. If your passport has been lost or stolen, please see additional information on compromised identities and identity theft.

Keep a photocopy of it and also scan a copy of it and all the pages and email it to yourself and an emergency contact. This way should you lose it you can at least have access to the details and show a form of identification for the emergency replacement.

Do student groups need a passport to go to Canada? Click to learn more.