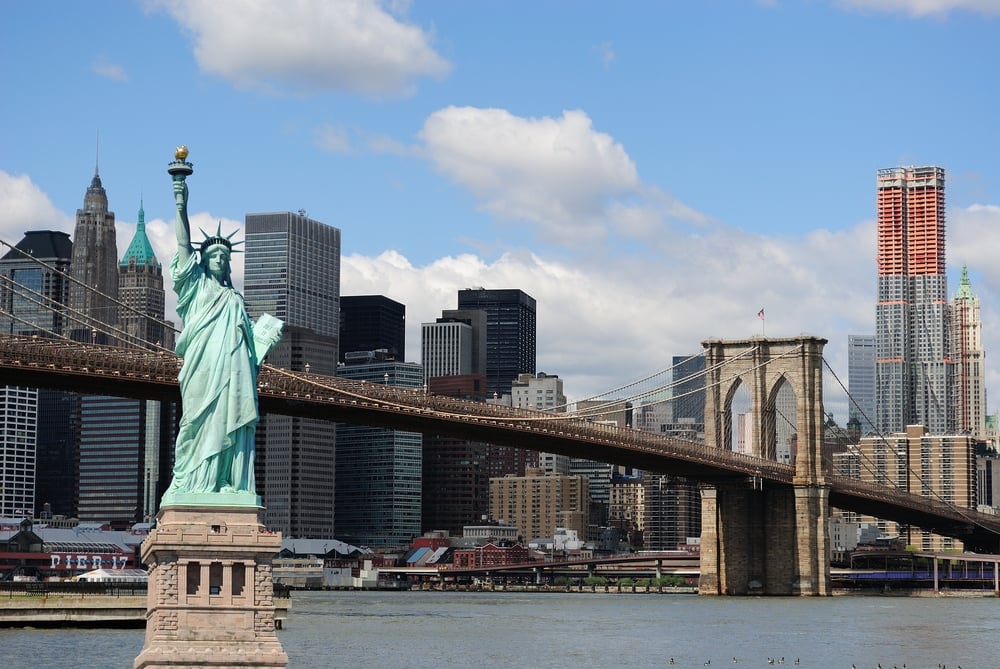 About New York City's Statue of Liberty and Ellis Island

New York City's Statue of Liberty and Ellis Island are necessary attractions for students of all ages when visiting New York City on a class trip. Since its unveiling in 1886 the statue reassured millions of immigrants as they first passed through the doors on Ellis Island in search of hope, freedom, and opportunity.

Consider stopping first at the Liberty Island Museum, located in the pedestal of the statue. The top of the statue's stone pedestal is approximately half the height of the entire monument and offers panoramic views of New York City, the harbor, and Ellis Island. It houses the original torch, which was replaced in 1986 by a new torch carefully covered in thin layers of 24k gold. Here, students will learn about the challenges France and the United States overcame to bring this evolving symbol of liberty to the harbor.

While the museum in the pedestal is accessible to people of all ages and abilities, keep in mind that students must be at least four feet tall and able to climb 146 stairs on a spiral staircase to reach the crown.

After their museum visit, students will enjoy seeing the "Liberty Bike" built by Orange County Choppers. This famous motorcycle is entirely plated in copper preserved from the centennial restoration of the statue.

Visiting The Ellis Island National Museum of Immigration will allow students to recreate the immigrant experience in a way that no textbook, film, or novel could capture. The museum is located in the Main Building of the former immigration station complex. The impressive structure, restored to its appearance circa 1918, allows students to relive the emotional experience of the 12 million immigrants who entered America through Ellis Island.

Today, half of the American people are descendants of these immigrants and their names and legacies live permanently on the American Immigrant Wall of Honor which overlooks the Statue of Liberty behind the dramatic backdrop of the New York City skyline.

The Peopling of America Center opened to the public on May 20, 2015. These galleries help students frame the Ellis Island immigration experience by telling the stories of people who immigrated prior to the processing station's opening in 1892 (including Native Americans and those who were brought here against their will) and after its closure in 1954.

Tech savvy students will appreciate The American Flag of Faces, a large video installation featuring a montage of photos submitted by individuals of their families, their ancestors, or even themselves. Students might even be inspired to contribute to this constantly evolving exhibition!

Two landmark locations that every student needs to see on their class trip to New York City. They will leave with a better appreciation and understanding of the significance of these historic landmarks.