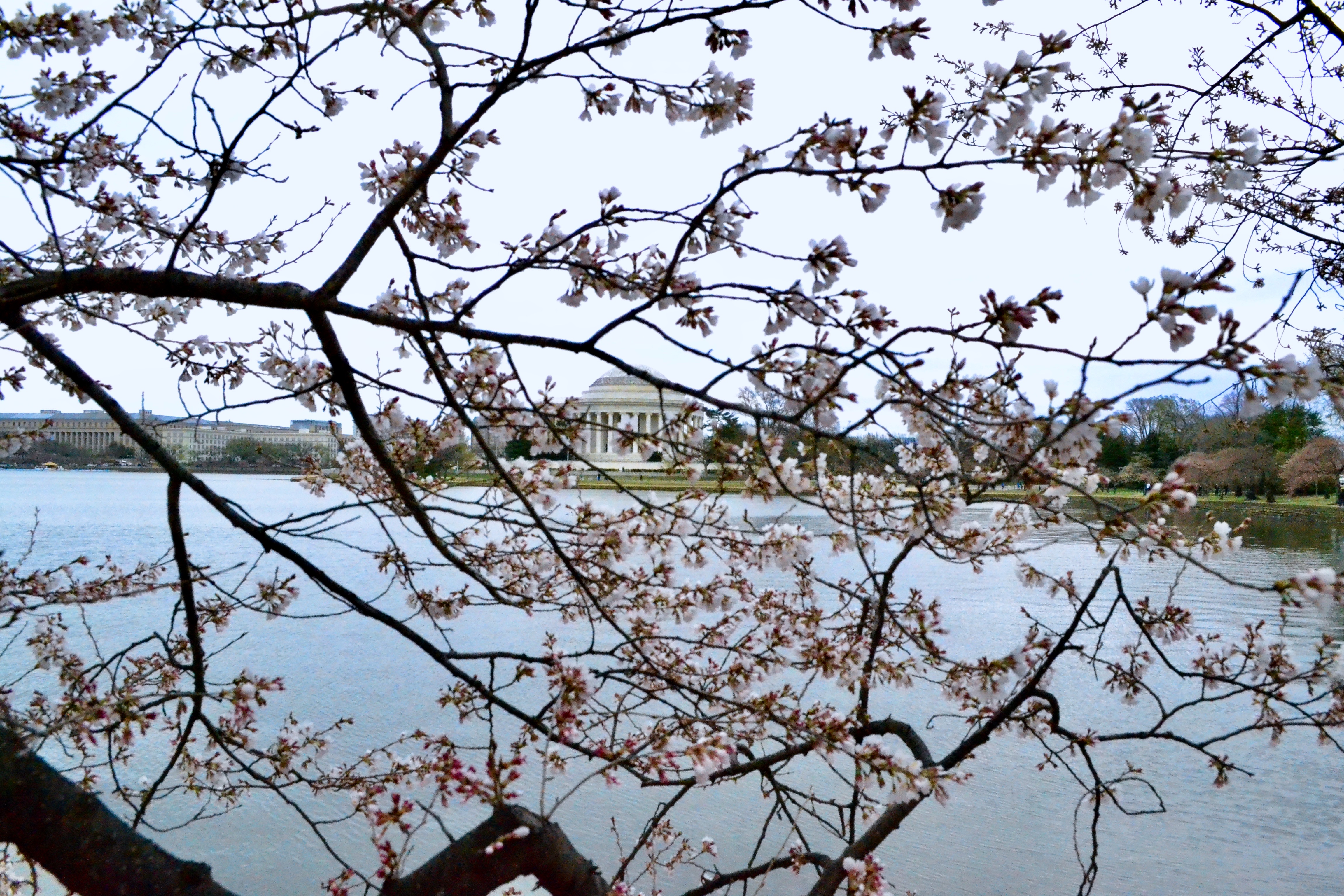 Thomas Jefferson played an indelible part in American history and politics. His memorial in DC is significant. Washington DC is filled with symbolism and this one is notable in its location. Visiting the Thomas Jefferson Memorial on a Washington, D.C. school trip is essential.

The Jefferson Memorial is located on Tidal Basin. The Tidal Basin was built in 1897 to catch the overflow from the Potomac River and prevent flooding, and it is surrounded by hundreds of cherry trees that were given by the Japanese government. (During the Cherry Blossom Festival it is a beautiful spot to see them bloom!)

The memorial was dedicated in 1943, and because of the rationing of metal during WWII, the original statue of Jefferson was cast in plaster, not bronze. At the end of the war, the statue was recast in bronze and the plaster version was moved to the basement of the building. On the walls of the memorial are the words Jefferson wrote for the Declaration of Independence.

We know Thomas Jefferson as the third President of the United States and as the principle author of the Declaration of Independence.

Jefferson also held the title of minister to France. His sympathy for the French Revolution, however, led him into conflict with Alexander Hamilton when Jefferson was Secretary of State in President Washington’s Cabinet. This led him to resign from the position.

As president, Jefferson slashed Army and Navy expenditures, cut the budget, and eliminated the tax on whiskey so unpopular in the West, yet reduced the national debt by a third. He also sent a naval squadron to fight the Barbary pirates, who were harassing American commerce in the Mediterranean. Further, although the Constitution made no provision for the acquisition of new land, Jefferson suppressed his qualms over constitutionality when he had the opportunity to acquire the Louisiana Territory from Napoleon in 1803.

During Jefferson’s second term, he was preoccupied with keeping the Nation from involvement in the Napoleonic wars, though both England and France interfered with the neutral rights of American merchantmen.

Jefferson retired to Monticello to ponder such projects as his grand designs for the University of Virginia. A French nobleman observed that he had placed his house on his mind “on an elevated situation, from which he might contemplate the universe.”

Jefferson died on July 4, 1826, exactly 50 years after the United States gained its independence. On the same day, a former political rival of his and second President John Adams, also died.

Jefferson’s memorial was thus placed intentionally, exactly aligned, due south of the White House. Future President, faced with difficult moments and decisions could always look out and see Jefferson and perhaps gain some inspiration to guide them.

If you have any questions or would like to learn more about booking a school trip to Washington D.C., reach out to our team of travel specialists!