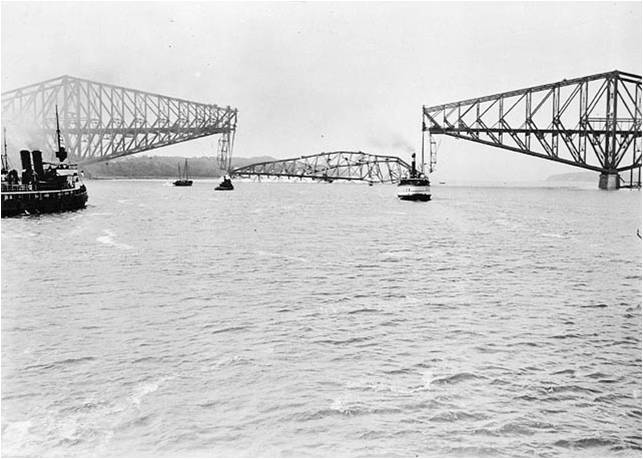 Posted by contentadmin on October 6, 2016


When driving to Quebec City on your next french immersion class trip you might cross a bridge to get to the old city.

You will most likely cross on the Pierre Laporte Bridge from Levis to Ste-Foy if you come in from the South. This bridge is a suspension bridge and was originally going to be called the Frontenac bridge. In the weeks leading to its inauguration in 1970, a Quebec cabinet member was kidnapped by a radical political (FLQ, Federation Liberation du Quebec, they wanted to achieve Quebec independence through violent means)  group and killed. It was seen fitting to honor Mr Laporte by naming the bridge in his memory.

Next to it is the first bridge to be built near Quebec City to link the south shore of the St-Lawrence River was the ‘Pont de Quebec’, the Quebec Bridge. It is still today the longest cantilever span for bridge in the world, almost 1800 feet in length. The bridge claimed the lives of 88 workers in total.

[Cantilever:  structures that project horizontally into space, supported on only one end.]

Started in 1904 the structure would suffer a collapse in 1907 during construction and it cost the live of 75 workers. Many reviews were made to find the cause and it was found to be a flawed engineering design.

After redesigning the concept construction would restart and on September 11 1916, as the central part of the bridge was being hoisted from the river, the raising mechanism failed and collapsed killing 13 more workers.

It was feared German saboteurs may have been involved as it was during the time of the first world war but would later be identified as a very simple failure not in the bridge design but the raising system.

There are many legends surrounding the bridge, from diabolical spells and payments in souls. But one does stand out. On the Quebec side of the bridge it is said to have been built near or on an old native burial ground. Local tribes had warned the government from building the bridge on this site. It was the privileged site as it was narrower and would cost less to build.

Ultimately, as legend would have it, 88 tombs would be disturbed and 88 souls lost their lives during construction. Do you believe the legend?

Learn more about these stories on your next French class trip to Quebec City.